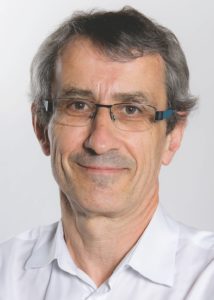 The debate was about the proliferation of competing open source projects in the networking space. Questions raised were: Should the number of projects be reduced and how should consolidation be driven?

I heard a few surprising comments and opinions:

Well, if a consolidation process takes place, it must only be based on innovation and industry adoption, similar to how we explain free market economies with open competition.

Let’s take the example of dpdk.org (Data Plane Development Kit). The requirement for a set of libraries and drivers for fast packet processing emerged a few years ago, because it was obvious at that time the Linux architecture was not adapted to provide the required level of networking performance for new telecom and networking architectures including SDN and NFV. Such a project also contributes to defining very clear interfaces between main pieces of the architecture. These interfaces are absolutely necessary to guarantee openness. In this case, dpdk.org defined a clear interface between data plane software and hardware. Other competing open source projects started with similar objectives; that’s the right time for competition…

dpdk.org was initially designed for x86 architectures and is now becoming the de facto standard available for other market-leading processor architectures like ARM and Power and almost all the Ethernet NICs from 10 to 100G. dpdk.org has recently joined the Linux Foundation. It’s also very important dpdk.org remains an independent project to serve different data plane acceleration projects. The consolidation is happening… and I’m happy 6WIND contributed to this great success with the support of the dpdk.org community.

This said, innovation and industry adoption are constantly evolving. Maybe some Linux kernel improvements currently under definition and design may make dpdk.org obsolete. At the same time, dpdk.org will also certainly evolve…

Let Darwin’s Theory apply for the fittest to survive. Or to put it simply, open source should be free; not like beer but free markets.